In 2000 Jeep produced 2,821 Cherokee's with the special package known as the "Freedom." The Freedom Edition Cherokee's were based on the Cherokee "Sport" but with the following differences:

The Freedoms were offered in the following OEM paint colors:

The Freedom was a factory produced "Appearance" package based on the Sport. A popular misconception is that the Freedom's were Cherokee SE's that later had dealer installed options, this is incorrect. Freedom's were produced on the assembly line alongside other models and based on the "Sport" Cherokee. Additionally the VIN number will show the vehicle to be a "Sport" and not an "SE".

The Freedom package was created by Jeep as a way to burn off excess inventory. The 16" Alloy wheels originally came on the special edition 1998 5.9 Grand Cherokee, and later on the 60th AE 2001 Jeep Cherokee's(see wheel guide for more information). In 1999 the Sport Cherokee switched styles, and had painted bumpers and fender flares, prior to this the 1997 and 1998 Sports had textured fender flares and black bumpers. Similarly in 2001 the painted end caps and fender flares were used to create the 60th AE Cherokees. The chrome grill was only used on the relatively low production Limited Cherokee's, so excess was burned off in the Freedom as well. This leads to the couple of other variances in the Freedom packages.

I currently have a project underway to inventory when Freedom's were produced. From the available data it appears that production on the Freedom occurred from Jan of 2000 to March of 2000. If anyone owns a Cherokee Freedom I would ask that they email with a picture of the door tag of your Jeep to; webmaster@colorado4wheel.com, along with the type of rear axle(Dana 35 or 8.25), Transfer case(NP231 has Part time 4hi, NP242 has both Full time and Part time), and if you have Factory Privacy Glass. Your door tag can be found on the drivers door down below the latch. It looks like this: 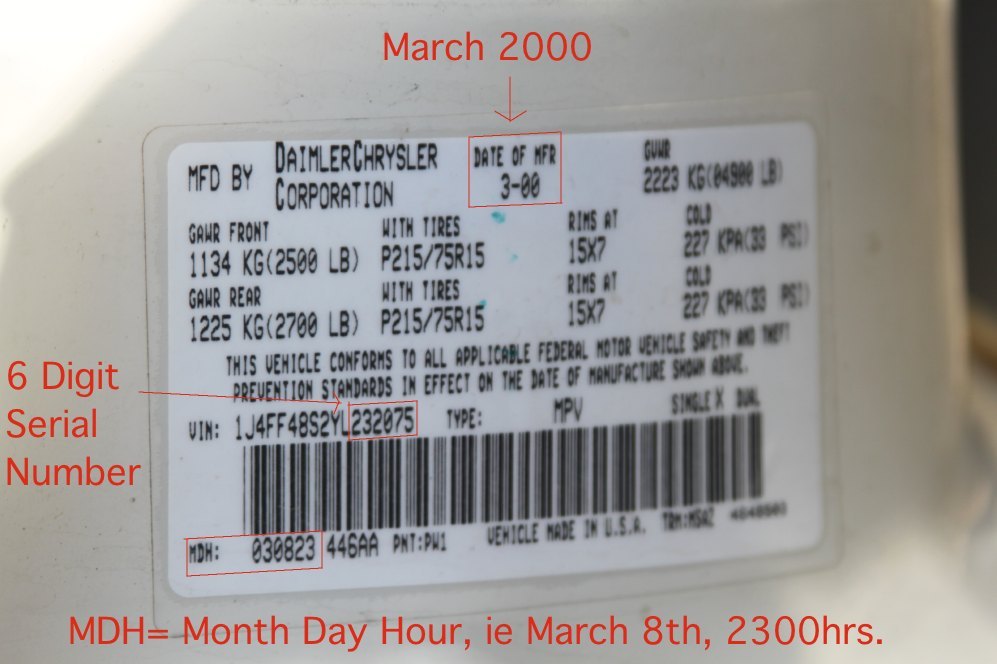 Recently a fellow Jeep Cherokee Freedom owner sent me some documents that shed some light on the Freedom package, see the original window sticker and the internal memo below: 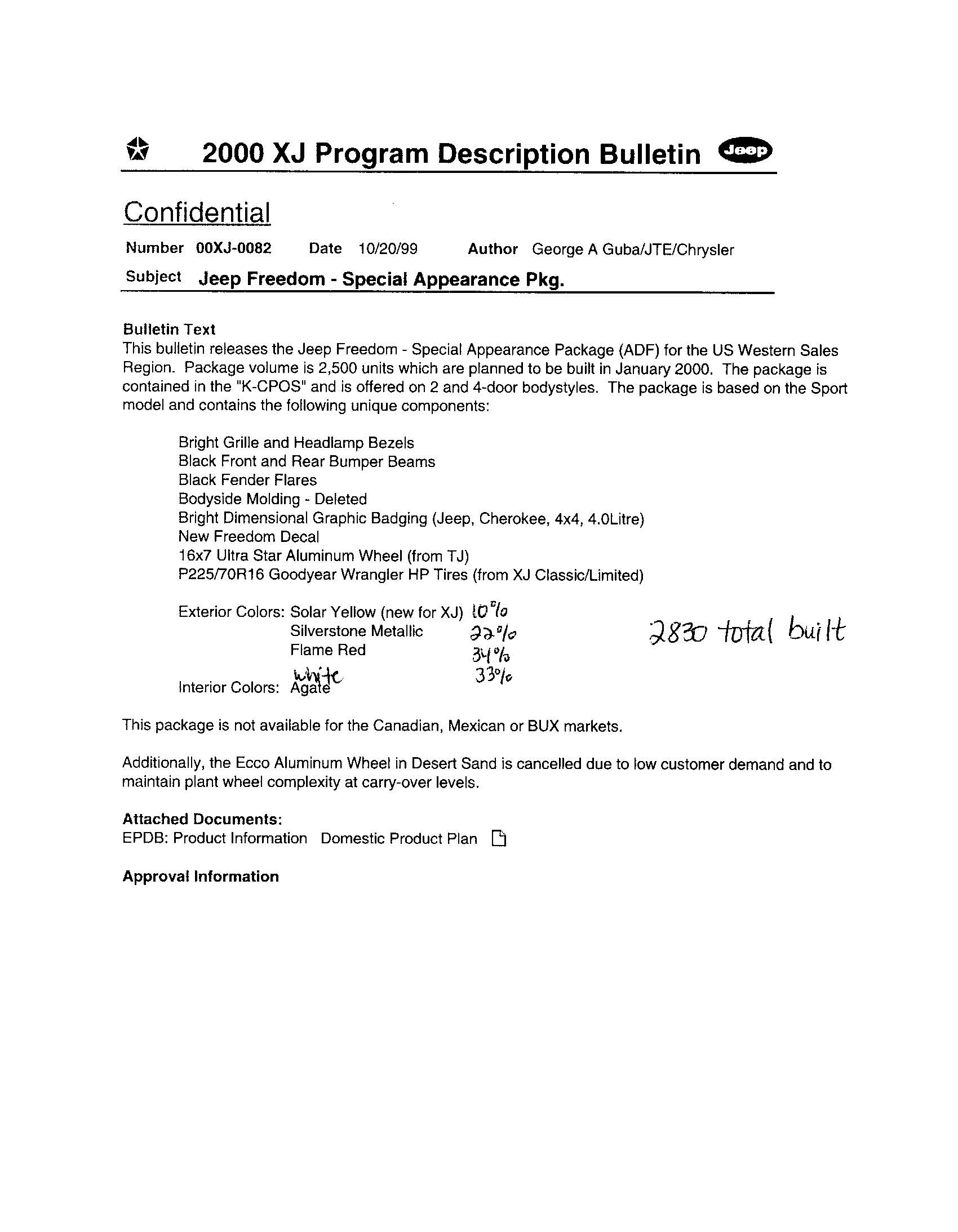 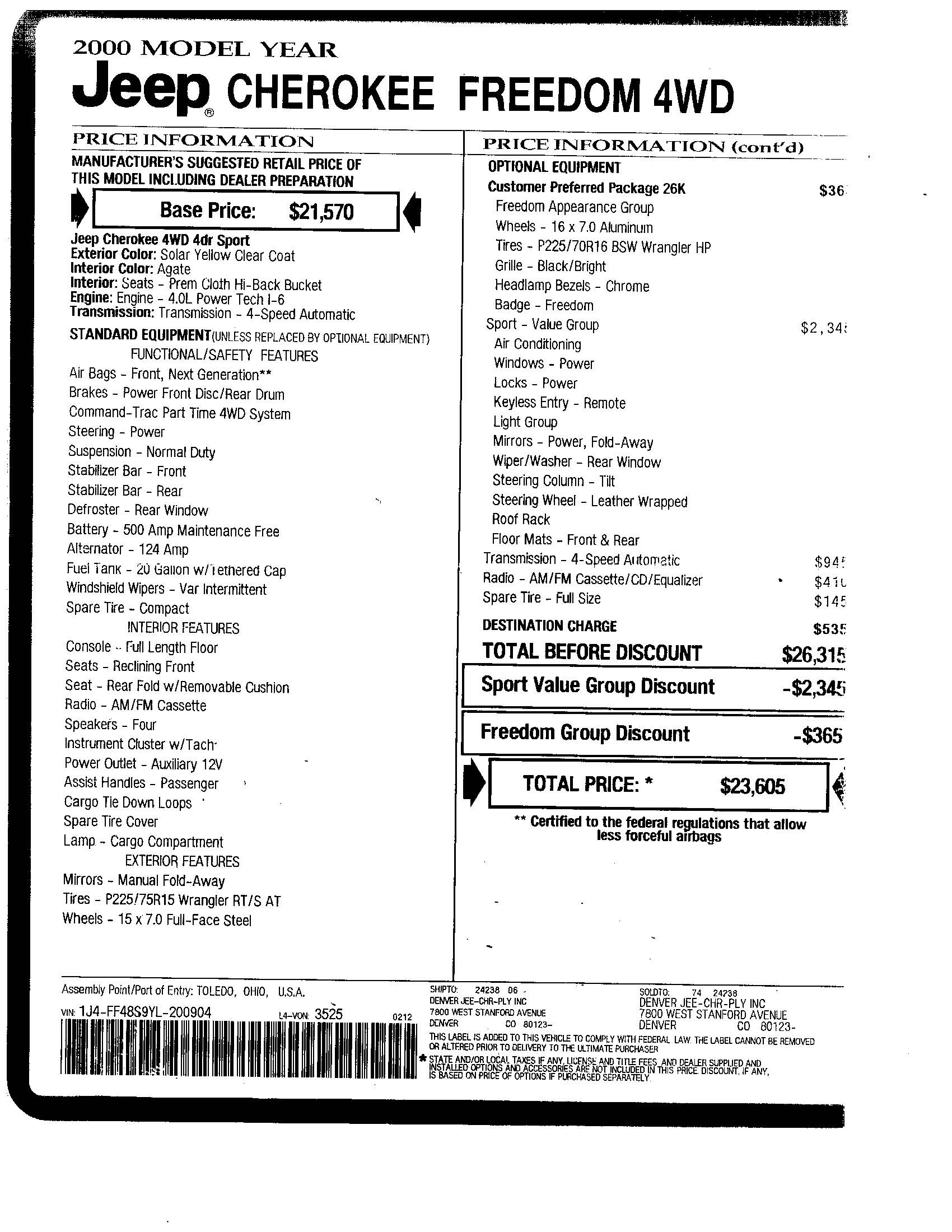 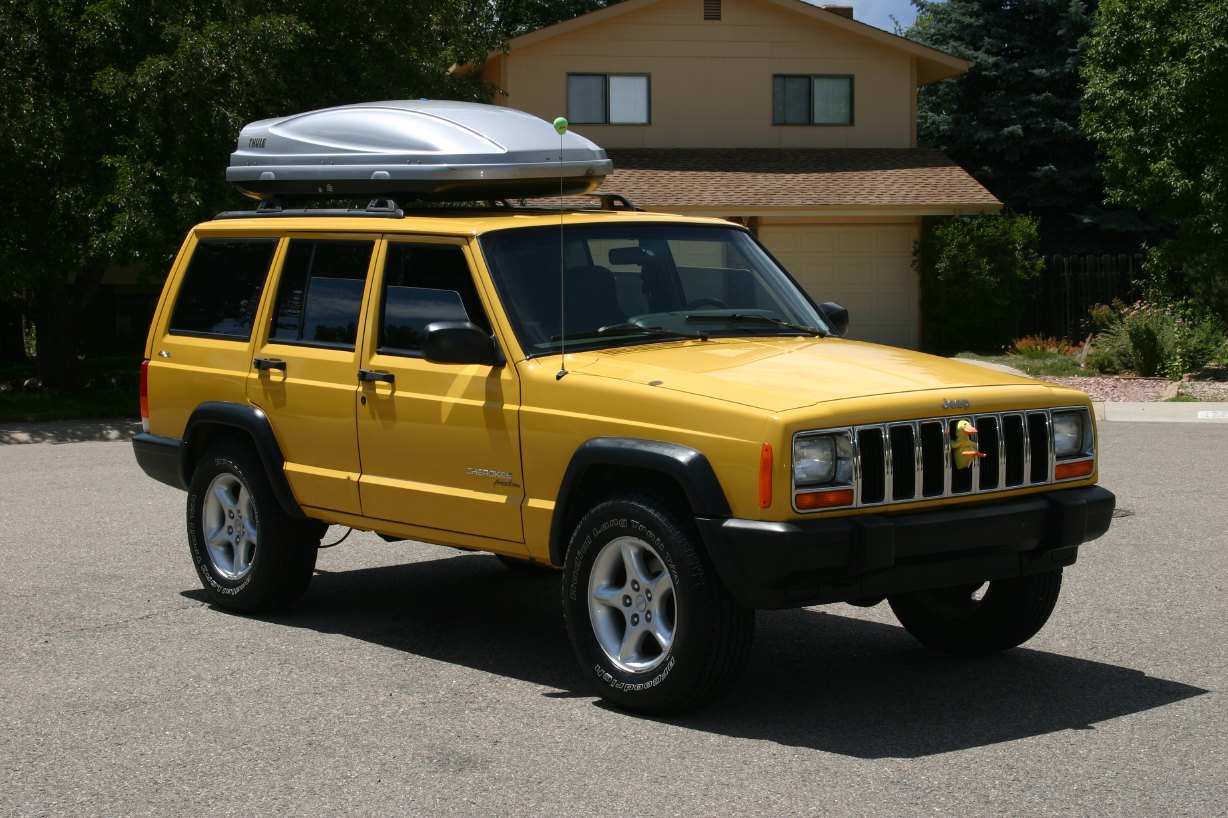 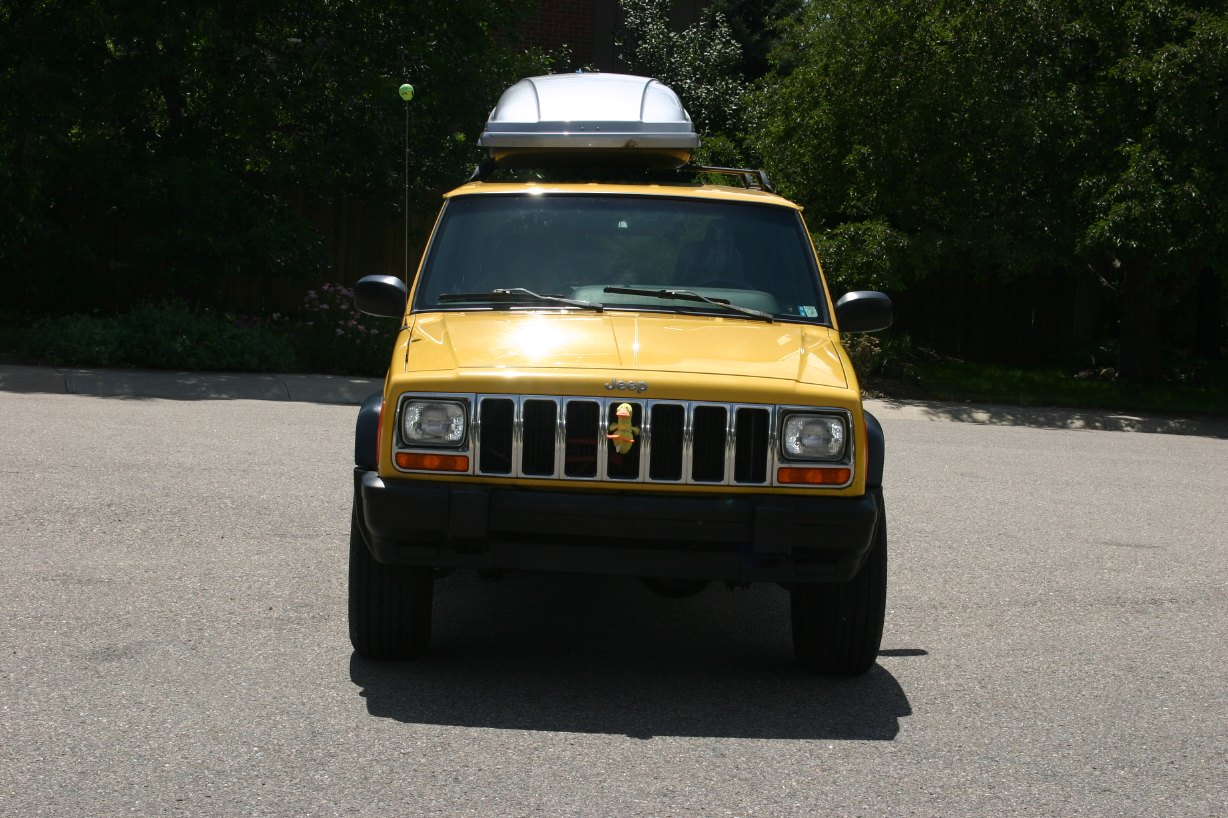 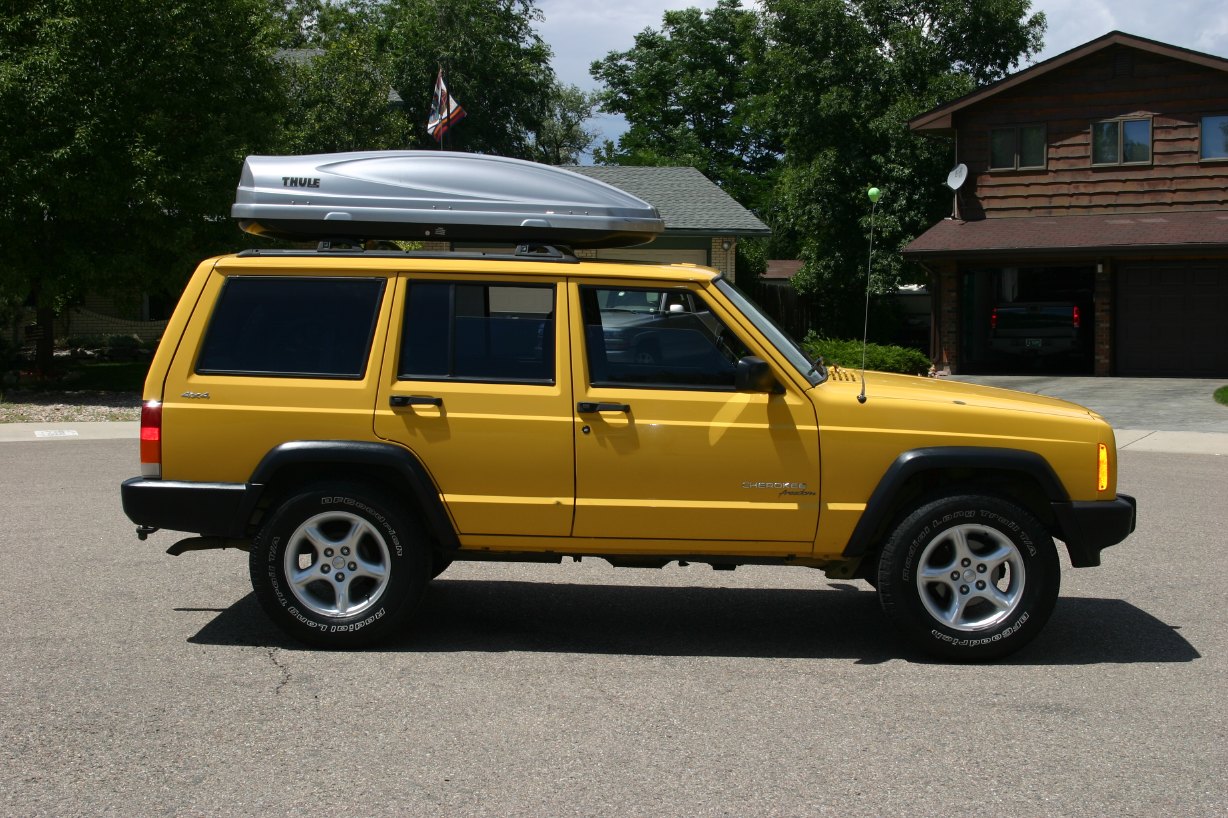 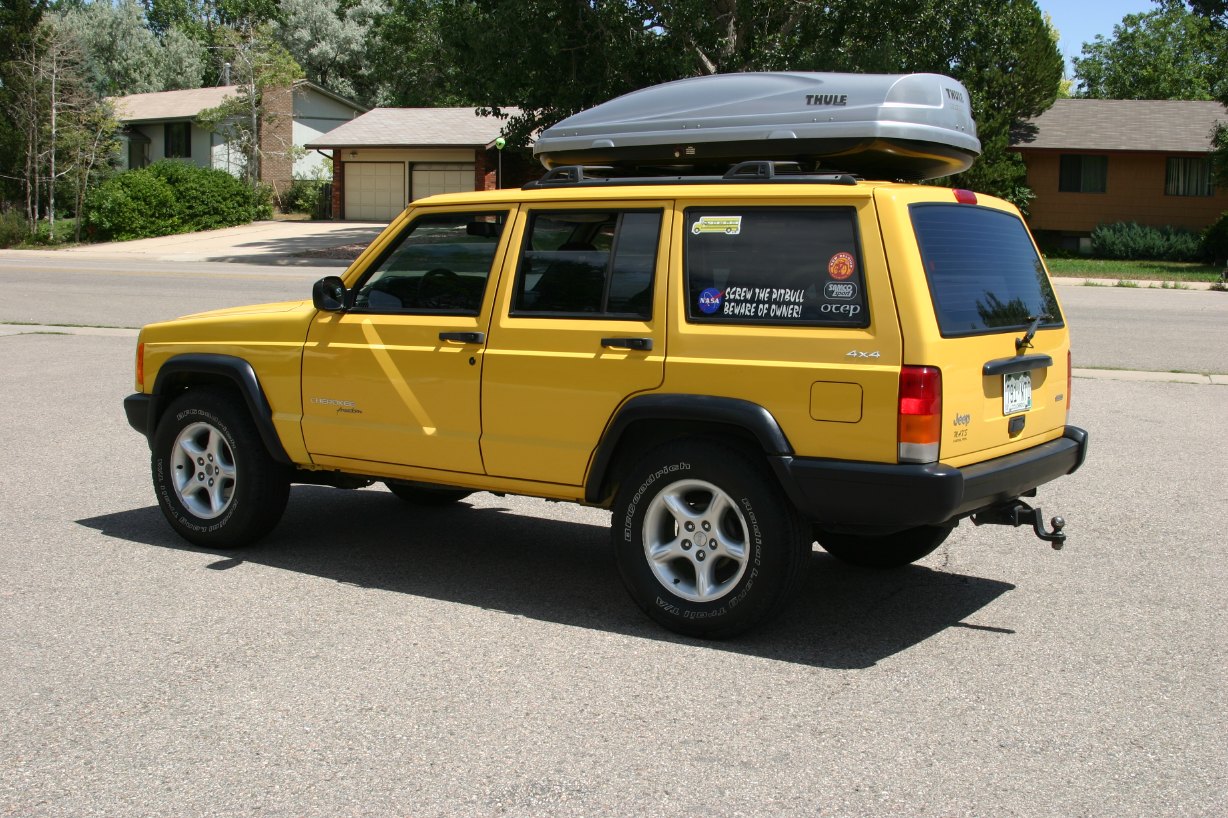 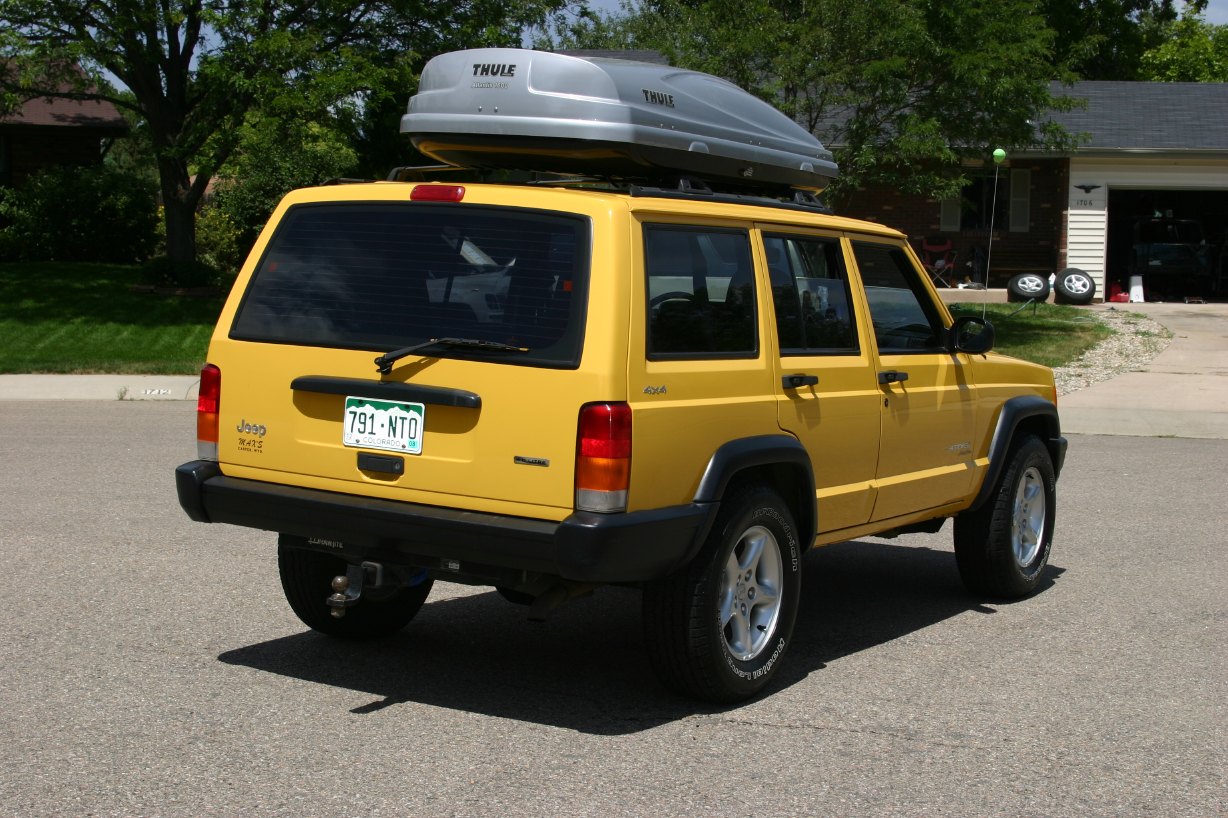 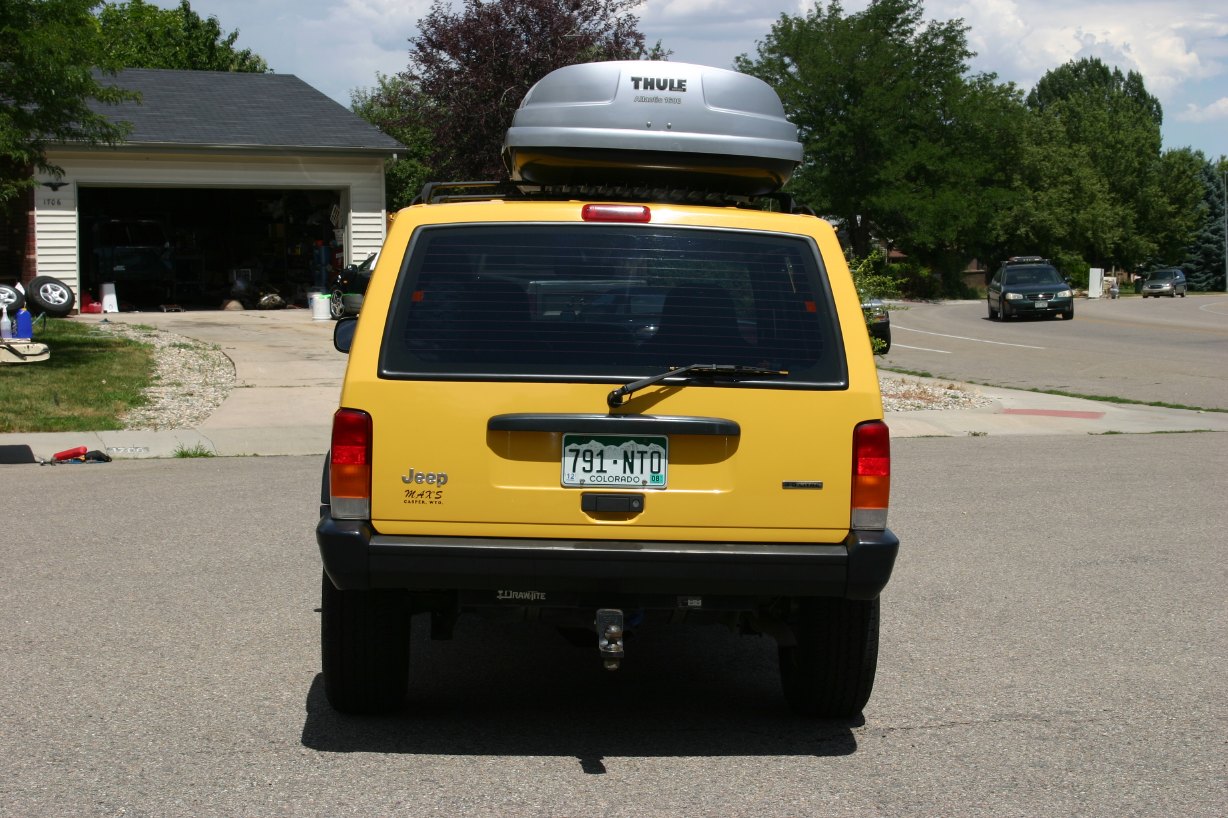 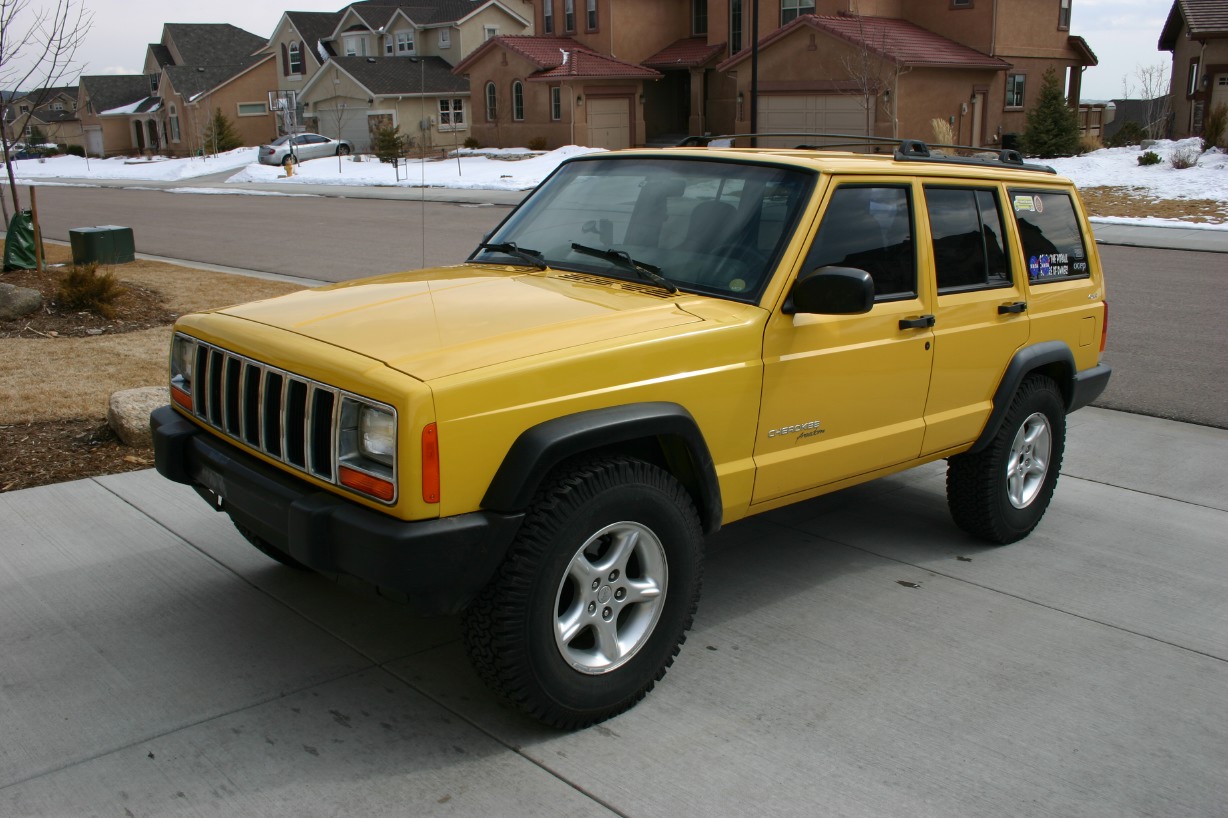 All Images and materials contained within this site are Copyright 2000- James Slaten unless otherwise noted.